CLANNAD on the move! 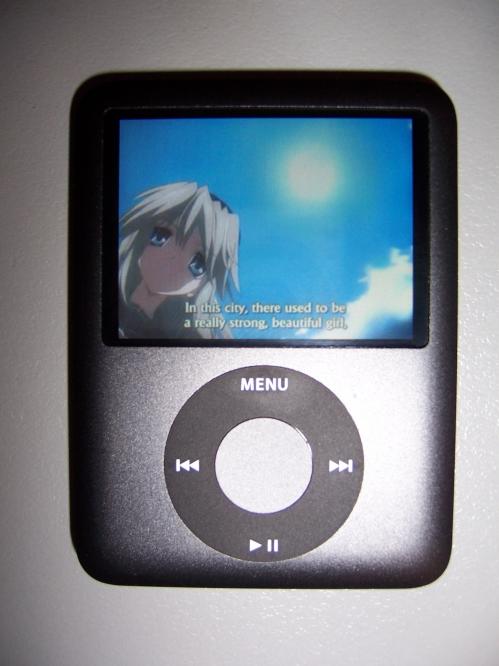 Alright. Forget what I said about the new 3rd gen iPod Nano being fat and stupid. If it can let me bring my Tomoyo and Kyou around, its FRIGGIN AWESOME. Watching CLANNAD videos on an iPod is so sweet because it's aspect ratio is ACTUALLY 3:4! Which is very very iPod friendly indeed. Getting the episodes on to the iPod was a chore but hey, it was ALL WORTH IT.

Doing it isn't hard really, it was the part where I had to figure it out. Anyway, if you want to learn, I wrote some instructions here. You need Linux though.