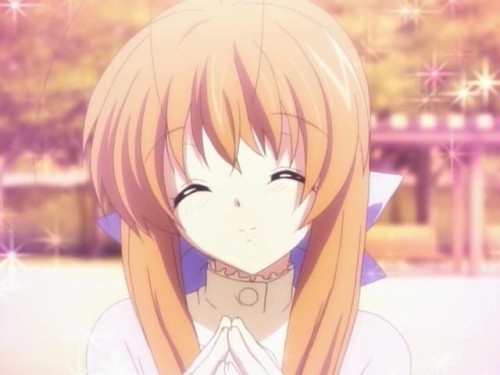 This week's CLANNAD is once again, an outpouring of the very love and youthful springtime of the anime world! Well, not exactly youthful, but certainly full of love. Who would have ever thought one could fall in love with another's mom? Nagisa certainly is in a bad position when her mom is out dressing up and looking good in public.

Its truly amazing to see Sanae finally come out of her housewife mediocrity into simple stunning beauty. Akio is extremely lucky to have bagged such a girl since most girls like these would have been scouted out and turned into workers for the idol, showgirl and AV industries already. Though, what is really amazing is that after all these years of incredible pressure and stress from being a mother and wife to a hotblooded guy, Sanae still manages to find the frame of mind to play girlfriend and dress up. Most people who have reached an age like Sanae's would have become very cynical about life and would have lost all the mood for things with even the slightest childishness in it. Truly an amazing person indeed. Even more so, all those years have not even managed to scar her once on her looks, and she continues to look as pretty as she would've been when Akio was courting her. 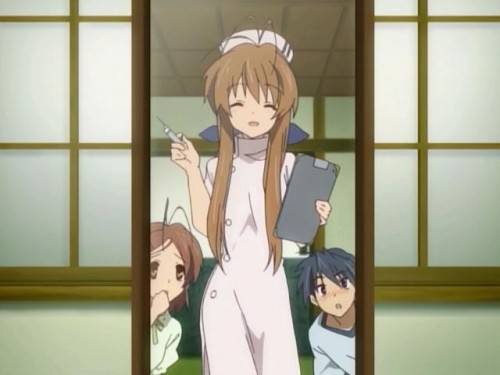 Sanae the nurse. This kind of look would have millions of patients flock to whatever hospital she works for. The special treatment afforded by her looks would be enough to homeopathically cure a million types of common diseases, including anorexia and depression. Awesomeness level: 100. 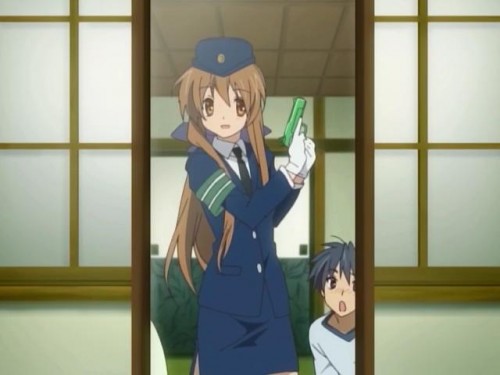 Sanae the police woman. At first glance, this looked like a scene straight out of You're Under Arrest!. With her looks, Sanae would quickly subdue any criminal who suddenly notices her and stops to wonder why such a pretty girl is in the police force. Yes, I am sure most of you would probably have wasted a few minutes of your life thinking why there exists such a pretty girl in the police force, and another few minutes to wonder what would have gotten them in there in the first place. Awesomeness level: 10, 000.

Sanae the cat maid. I can imagine Tsuruya in a cat maid costume, and stare at her for a while, but Sanae in a cat maid costume makes noses bleed. Nagisa seems to think that when Sanae goes outside with this kind of look, she and a great many other girls will have less than no chance getting the boys' attention. Of course, Tomoya is desperately trying to hold his nose from spraying blood all over the floor. Not only would it make a real mess, it would mean a complete deviation from the original CLANNAD story too. Awesomeness level: 10 million. 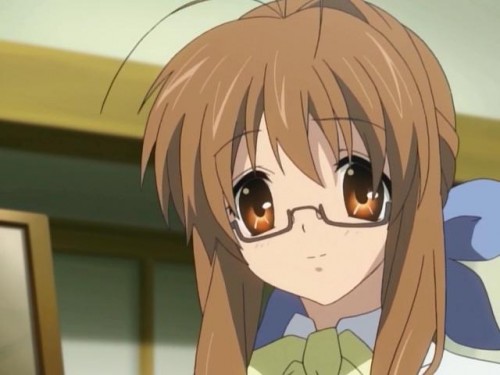 Sanae-sensei!! XD This kind of teacher should be arrested for being a distraction to male and lesbian students in the classroom. Even the top student will be having trouble listening to her in class unless he is gay. But most top students are gay anyway. They never seem to be interested in girls and are always out to put people down even when they have the most miserable love life. I digress. Sanae in this outfit looks almost as if she went to teach in school just to pick up a nice young teacher man who doesn't do drugs and will cherish her for all eternity. Though, she might just end up attracting young tough guys like in Unbalance or B Reaction. Awesomeness level: 50 trillion 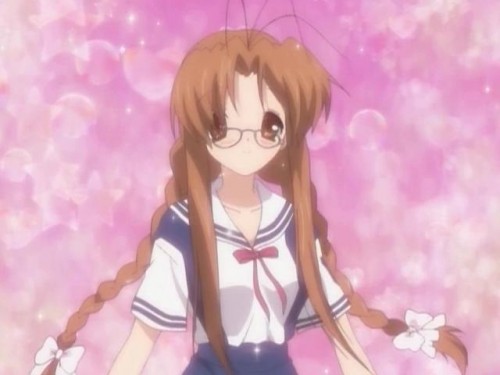 Sanae-chan! Did Akio fall in love with a girl that looked like this? She looks less hot here than she would a teacher (or maybe I'm just getting old). Nagisa can certainly still score points with Sanae looking like this. Or maybe it was a wise decision on Sanae's part to dress up like this, to lower the playing field some. And so that she wouldn't be recognized by Akio to avoid getting Sunohara onto the headlines and obituary early. You never know, because chances are she is older than you and has better judgement. Awesomeness level: 10 trillion. 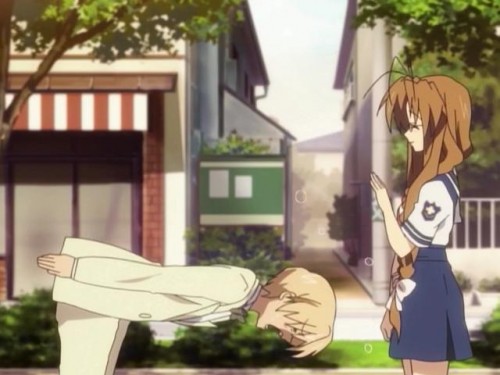 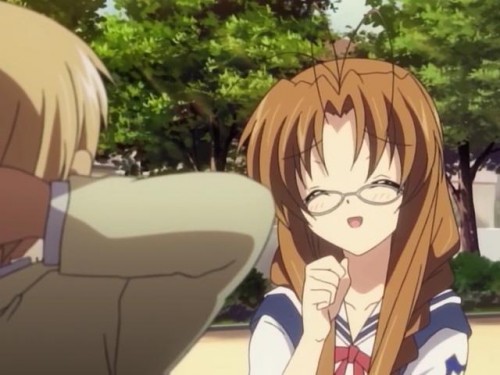 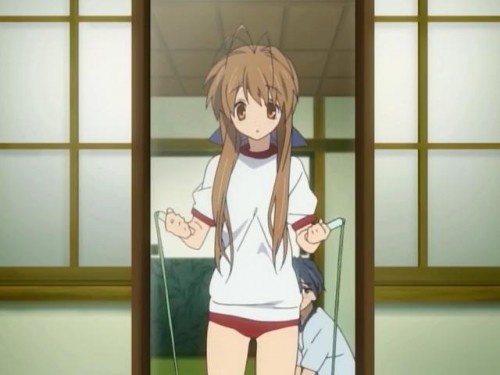 Finally, Sanae in burumas. Now, CLANNAD has been teasing me lately with the many buruma shots of its epic-win-class characters. This however, arguably tastes better than Kyou, Kotomi and Tomoyo combined, because she DIDN'T TUCK IT IN. And Sanae's less defined body shape just makes her all the more charming. Why did I put this last? Because I thought it was a picture in a class of its own. Enjoy the fappage. Awesomeness level: 100 million billion trillion okkusenman.