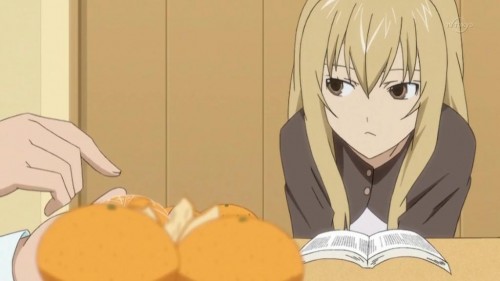 Its orange season, and Chiaki is lovin' it. For some reason, I haven't eaten oranges in a long while. Maybe its because I developed a subconscious phobia of it after listening to Toradora's orange ending? Masaka ne. For some reason I felt quite good after watching this episode. Maybe its because of the pleasantness Chiaki exhibits during christmas? Or maybe its just Hosaka's antics again. 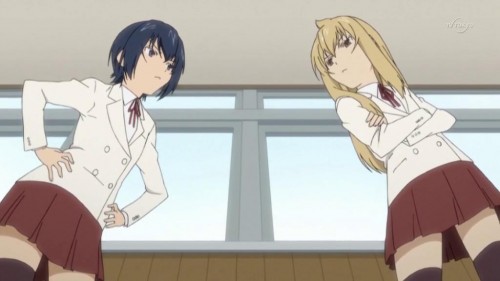 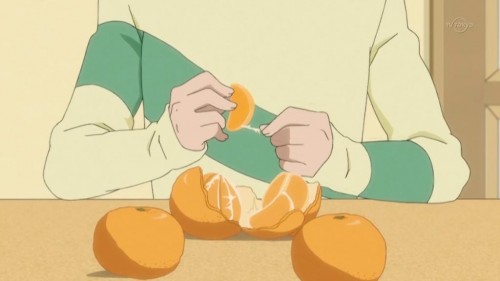 Back to Kana. She peels her oranges clean! My parents used to tell me not to do that because the white stuff has fibre in it that will assist in preventing constipation. Until today I still debate the truthfulness of it. 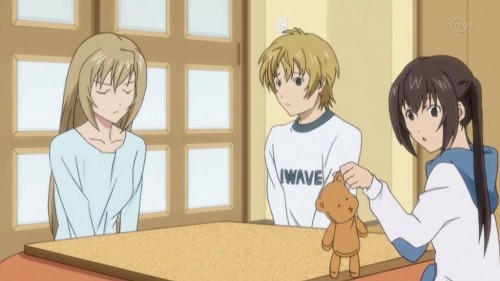 Deciding on what to give someone on Christmas is truly a daunting task. I once was stranded in a shopping mall for almost 5 hours trying to decide what to get for a few close friends. SIGH. Life is hard.

It better if they just specified their idea of a present.

Anyway, Asread is getting better at drawing now it seems. I love their rendition of Chiaki sleeping. She just looks so cute this time. Makes me just wanna go hug her. Hold on. I know there are people out there with the words "pedo" and "lolicon" running through their head. I assure you its not like that. *gets hunted down by police*

Mittens are a great gift to girls who bake nice cakes for you. Minamike gives me some good ideas sometimes. *jots down*

Makes you wish you had a little sister too eh? 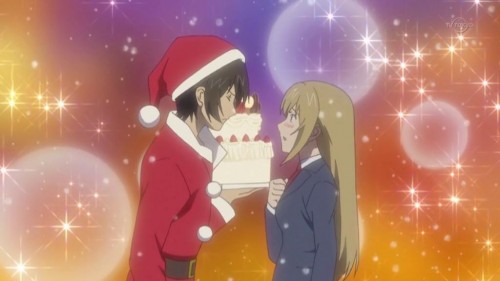 Hosaka is my hero. His imagination spans millenia. 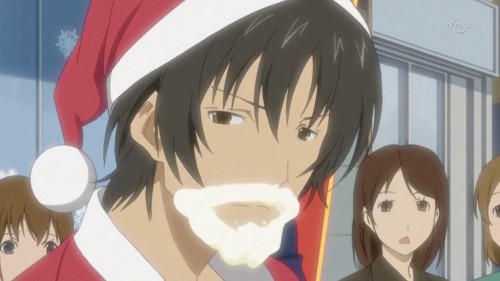 And his beard is made of icing. You really gotta give him creds for being so dense about his image in public. 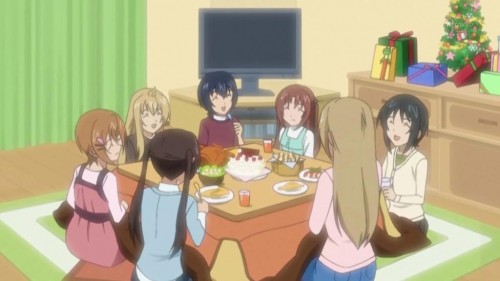 You know, if I were impersonating a girl, surely someone would've noticed by now...