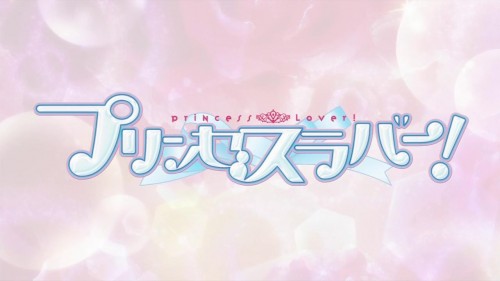 A particular trailer in March caught my eye and made me anticipate this series. Princess Lover is an adaptation of an eroge (again) that has that generic harem (again) and lots of rich girls (again). This post is going to be filled with might-be-spoilers but if you don't mind getting a preview of the first episode (which was actually quite packed) do so at your own risk. 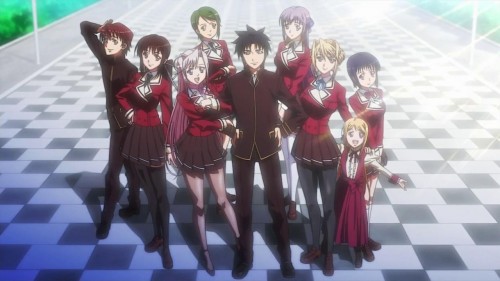 Unlike a lot of harem shows, this one doesn't make it obvious who he's going to choose. This is a very good thing for the show. Who likes a show without suspense anyway? Well, its not like its suspense, I'm sure most of you just watch this hoping the updrafts would be a bit stronger, the girls would be a bit more careless or the pantsu will get a little more air time. 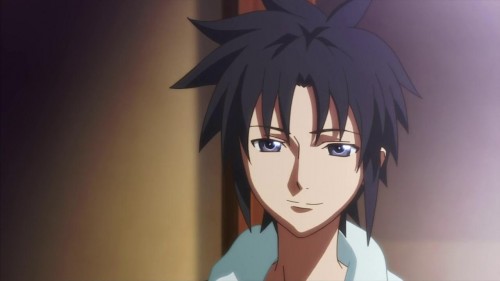 Well here you go this is the hero. Kobayashi Teppei, soon to be Arima Teppei. Unlike other harems however, he isn't a complete loser... a breath of fresh air in what would be a stagnant swamp of already done to death moe stereotypes and love polygons.

His parents died from an assassination it seems. It also seems that in Japan these crimes, if committed by people who are serious enough, will go unpunished. Leaving the people to avenge their loved ones. 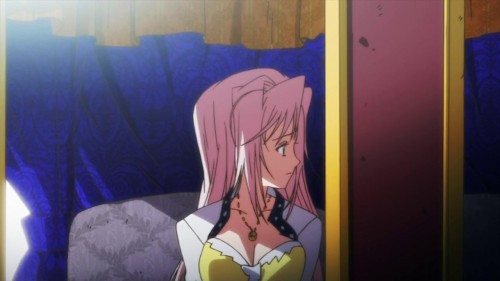 It seems however, the death of Teppei's parents are a blessing in disguise. Because he had to visit his parent's grave, he was given the chance to meet... 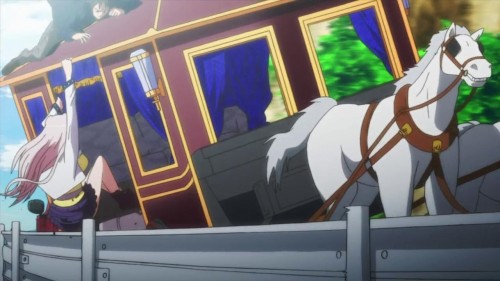 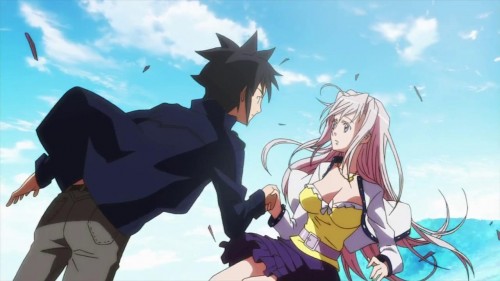 the princess of what might have been a very well-off and very exclusive tax haven. 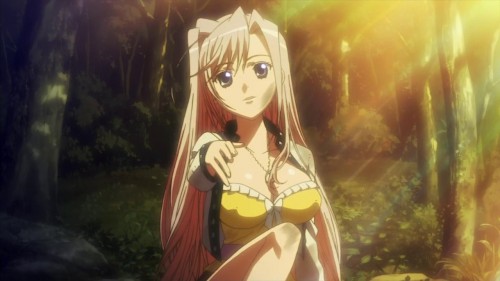 GoHands did not spare any effort in invoking bumpy tendencies in the male audience either. Although unneccessary, they have endeavoured to move mountains to bring us what we want in these series. 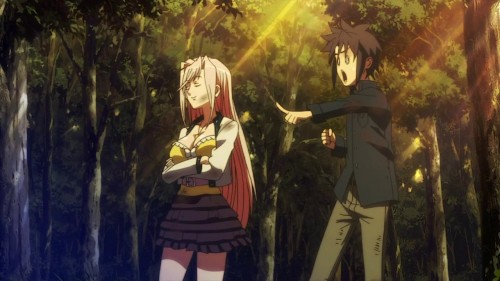 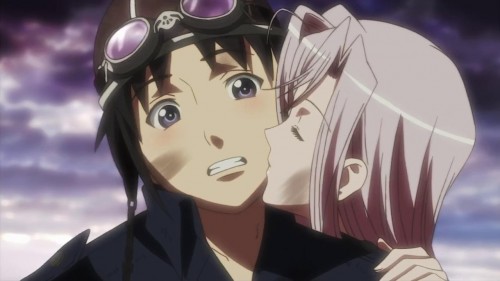 I cannot help but feel like the art style of the boys come from Eden of the East and girls come from Shugo Chara.

Another perk of Teppei's parents dying is the fact that he's got an obscenely rich grandfather and an obscenely moe maid.

We only have one person to thank for Teppei's exposure to a large number of high class and high quality women in the series.

The story flows pretty well, and doesn't bore us with any of the minor details. The first episode was executed superbly, and gave us most of what we need to understand what's going on. It even paves the way for some proper development and has introduced to us the vast majority of the important characters in the series already. 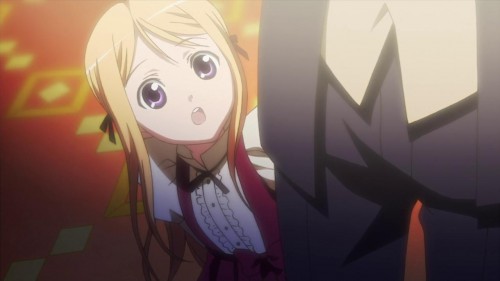 Also, some little girls to sweeten the mood a bit in the story, and to cater for those with special interests. 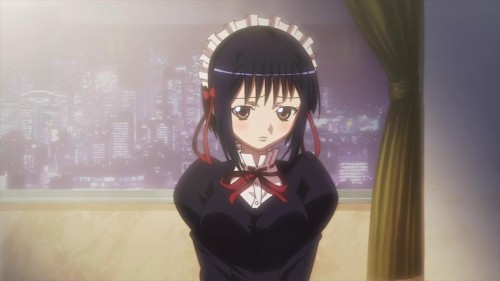 A great maid for a great story. I'd like to tell all of you readers now I call dibs on her. You guys can have the other buddhas. 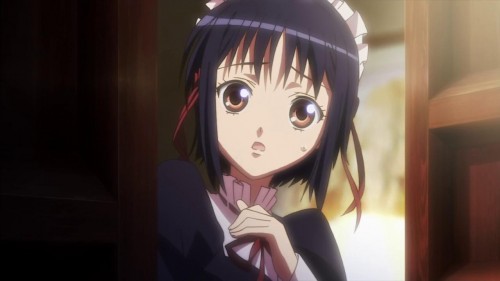 Look at how cute she is. I wonder how she found this job as a maid anyway. It even seems like it is borderline legal to have maids nowadays, especially young beautiful teenage girls as maids. 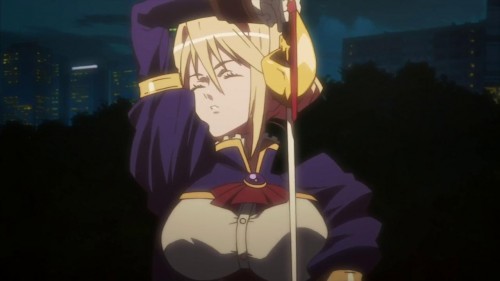 In order to complete the circle of conservative shy girl and cheerful outgoing girl, we also have the mandatory tsundere. 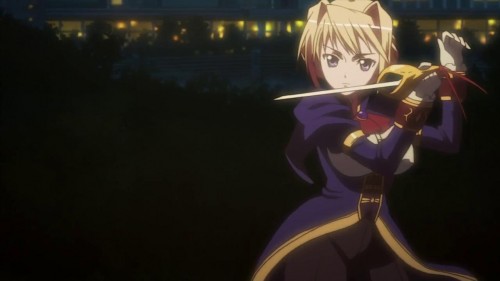 In an outstanding break with tradition, this tsundere shops in the opposite end of the lingerie department. 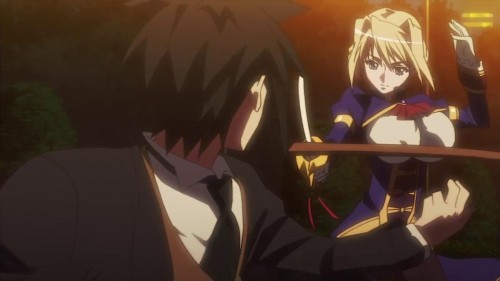 Although the differences pale when it comes to the girl's prowess and need for violence. 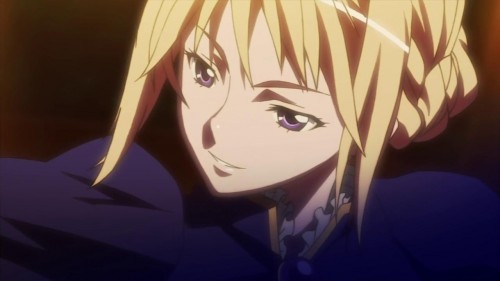 Western impression at its best. 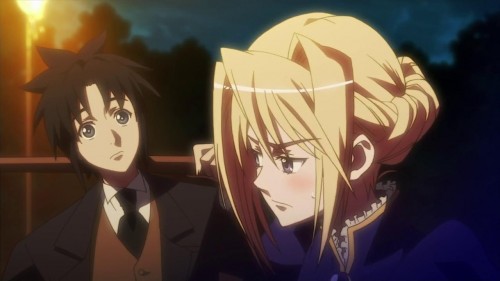 Although not the classic tsundere blush, this is close enough for now, since it is only the first episode.

An excellent girl nonetheless. I must mention that she is Teppei's fiancee too. The aristocracy is taking very seriously its responsibility to uphold an ages long tradition in a modern secular world that no longer remembers the ancient values and favours individualistic thinking and liberal reasoning. Unhealthy by aristocratic standards.

Cue another shot of the monstrosity. Perhaps a fourth girl from the preview will come to level the playing field.

Here are some nice snaps from the wonderful-sounding S.S.D. Yes. That's the ending theme. Don't ask. The starfish will come in good time. 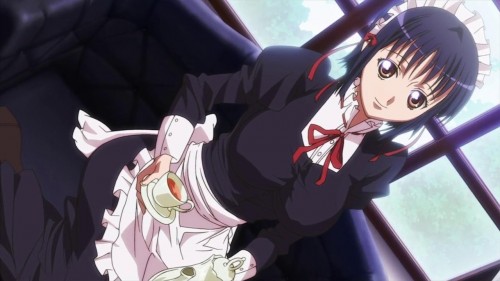 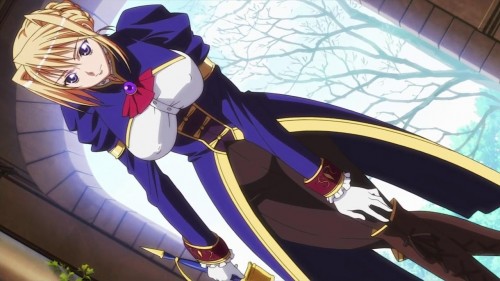 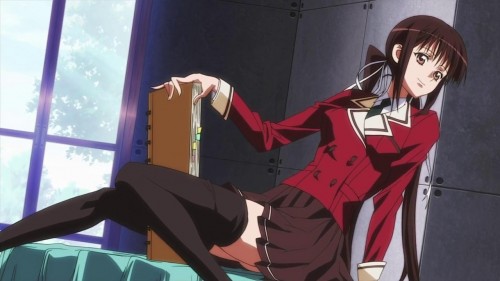 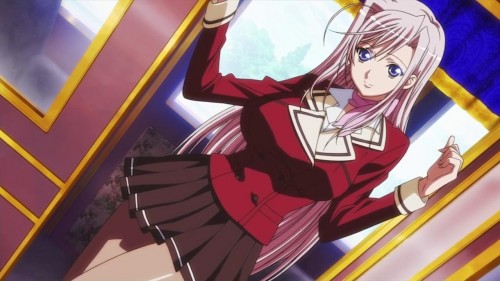 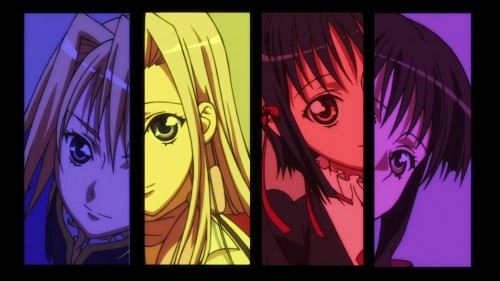 Has anyone of you played the eroge before?