I won a figure o.o

Last week, my blog was the winner of the beNippon prize draw. First of all however, I'd like to thank all my readers for all their support in helping keep this blog alive! Thank you all so much! And thank you for your comments! And don't think I'll just leave it at that. I'll find a way to let you guys win something too! For now however, if you own a blog, you can always join this prize draw too by going to benippon.com and find out how you can make sure you have one of their banners on your site and that they know about it so they can enter you into the draw too. Finally, I'd like to thank beNippon for giving the chance to participate in the quest for suddenly acquired figures, and for giving me the choice of a very cute and very fappable figure. 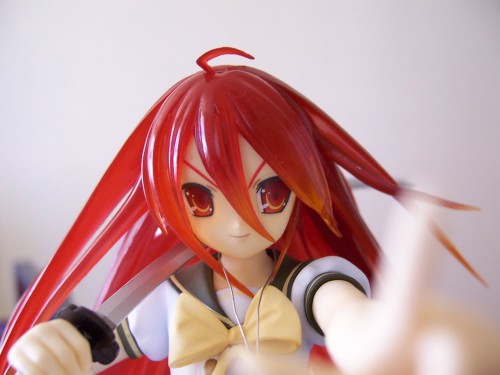 So early this year in February I learned about the beNippon prize draw thingy so I decided to give it a shot anyway. They were, after all my favorite online shop. It was like where I lost my virginity for online shopping and stuff. Back in 2007 when I was scrambling for a 1/8 Max Factory Shana figure which was sold out at every other online store, beNippon so happened to still have stock at the time. But I hadn't heard of them at all and neither had my friends, and giving them my credit card number could've been the most foolish thing I've ever done. It was even the very first time I shopped online for a figure from Japan, and after much consideration and thoughts along the lines of "I must get it" and "zettai mitsukeru zo", I took the jump. 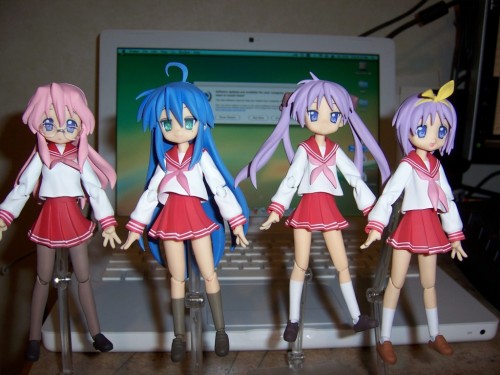 It turned out well. Not only that, it continued to get better. beNippon, unlike other stores is very upfront about shipping costs, allowing you to get a rough idea of how much you're going to spend before you checkout, and if it turns out they overcharge you, they would automatically refund you. This happened when I bought my bandaged Rei and Lucky Star figmas. 1000 points to them for that.

So about the prize... I wanted to be the first to open it but Haruhi saw it first. Next post coming up.