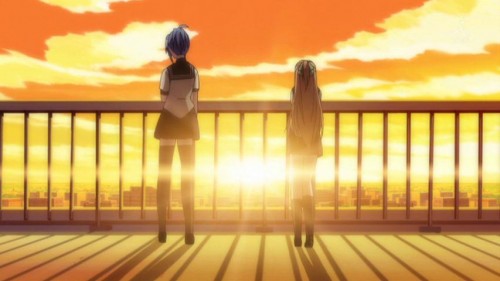 Sakura's cute and all, but I don't see her being hot enough to be an idol or anything. It was probably just made up to make a story. But then again, if you were a boy thinking Sakura is awesome and realizing she's lesbian, then you would probably feel pretty disappointed. 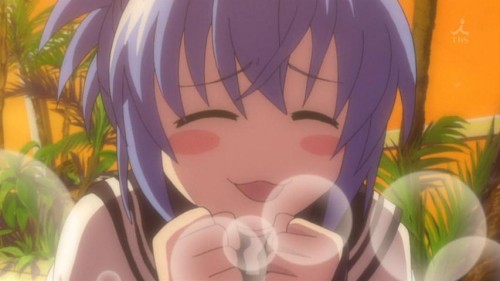 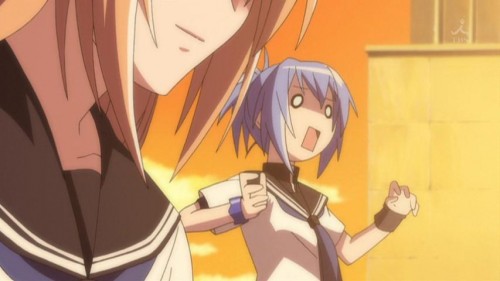 I guess even this is too much for me, the audience to handle. I get all fired up and stuff when I think about it. But the prospect of even becoming a girl is too much for me. What if I forget to change and wake up in the morning in the wrong gender during the wrong time of the month?

I'd probably dance around trying to convince people nothing has happened when in fact I really have a problem with being myself. 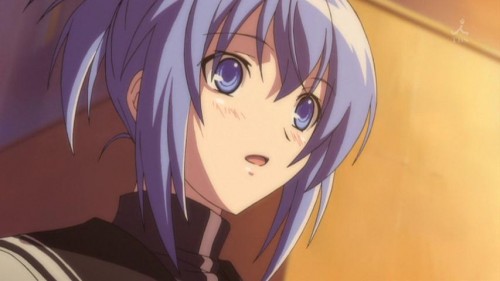 On the other hand, its amazing how Natsuru got used to being a she so quickly. It must be pretty easy to be a girl. Well, I guess he needed to get used to the extra baggage on her chest and the weaker legs quickly since he was going to be a victim of genderbending at the worst possible times. 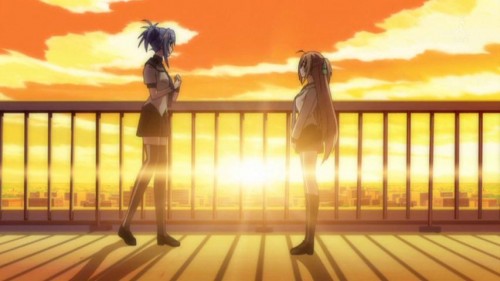 I must say however, Natsuru does look pretty damn cool and pretty damn hot because of her height, which she retains after transforming. Now I know why models must be tall.