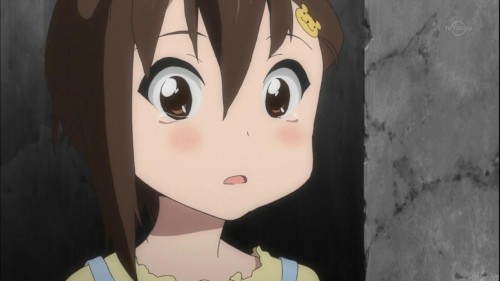 Well, YUI isn't the only thing these two shows have in common... We have Mio the shy girl and Rio de Janeiro.

Their counterparts have proportionally sized breasts too.

Despite that, we still have some fairly decent fanservice, barring any striped bowls appearing later in the show. These are army girls, so conventional thinking dictates that they are trained to live with the bare essentials. That is to say they wouldn't care if they were stripped bare as long as they can get their work done. This is healthy for the audience.

And the best part of all is there seems to be some kind of mystery in this story's plot. Depending on how ARIA-like this show will be, we may be in for some epic action soon (hopefully). Though I still wonder what she intended to blow out of that bugle anyway.