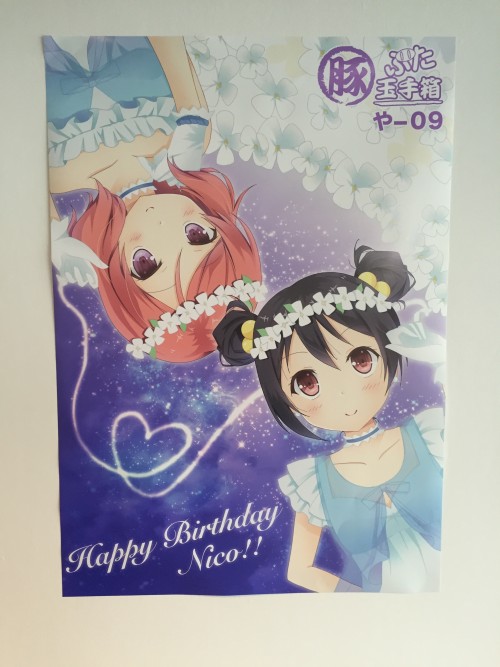 There were some wonderful posters on the walls in the event. All not shy of illustrating Nico's transparent personality and how simply celebrating her birthday makes her extremely happy. 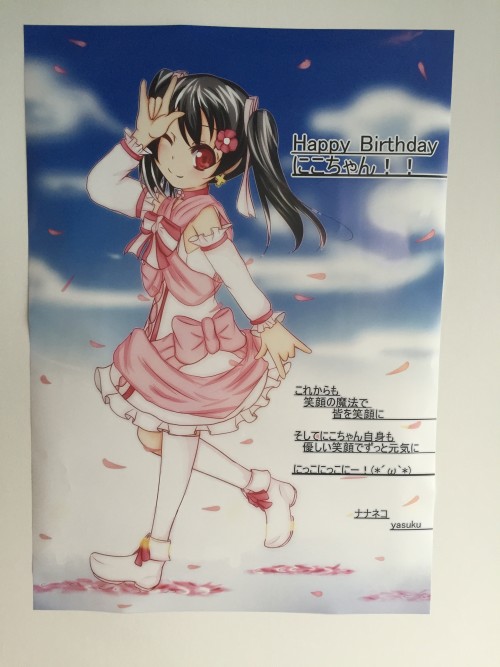 Nice ones that make out how smol Nico really is. Yet under that small physical cover is a strong determination to become a real idol. 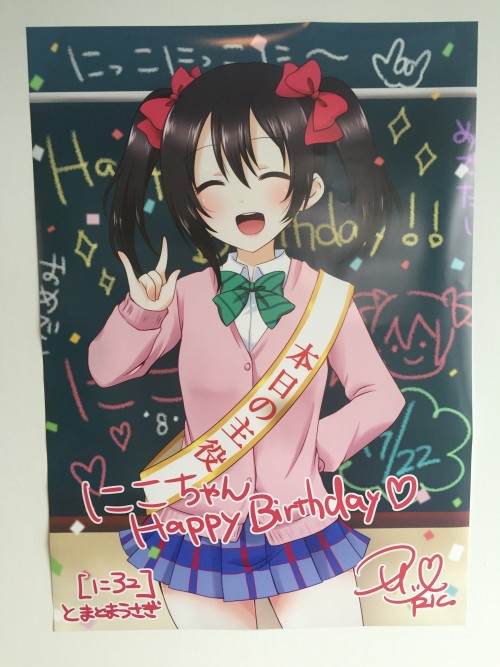 No matter what you will never bring down today's main character, Nico! 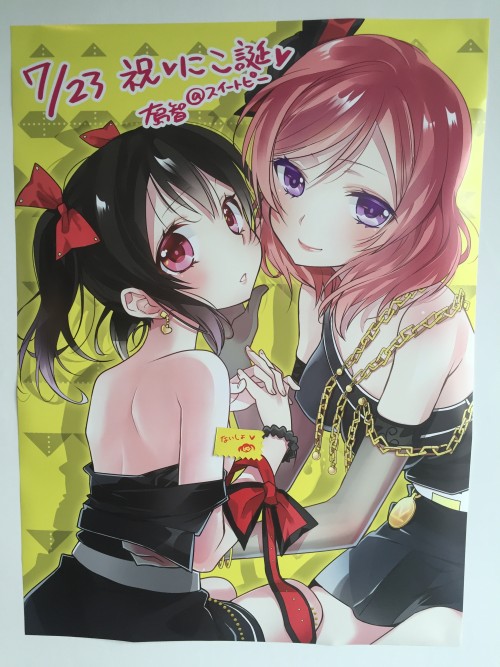 This picture is lewd, if you know what I mean. 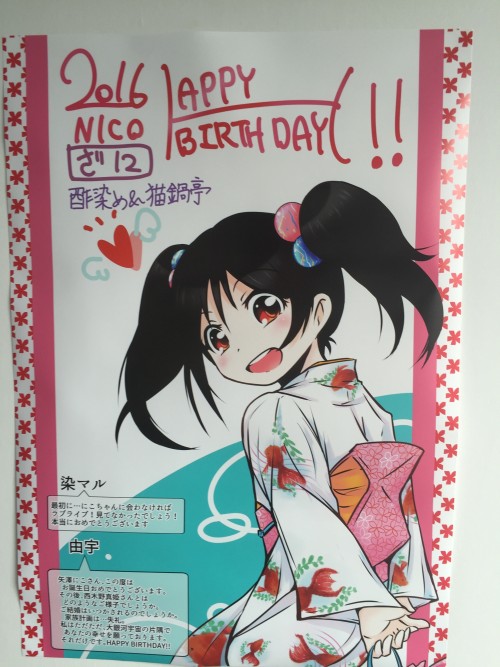 Nico in yutaka. Nico looks so human in this one. 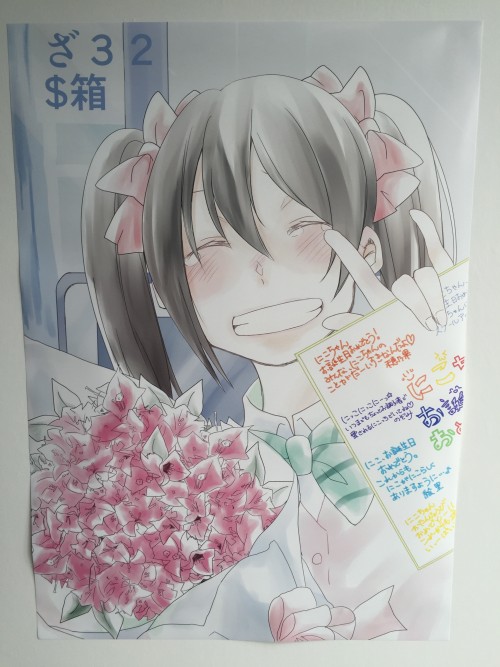 An overjoyed Nico is always the best Nico. 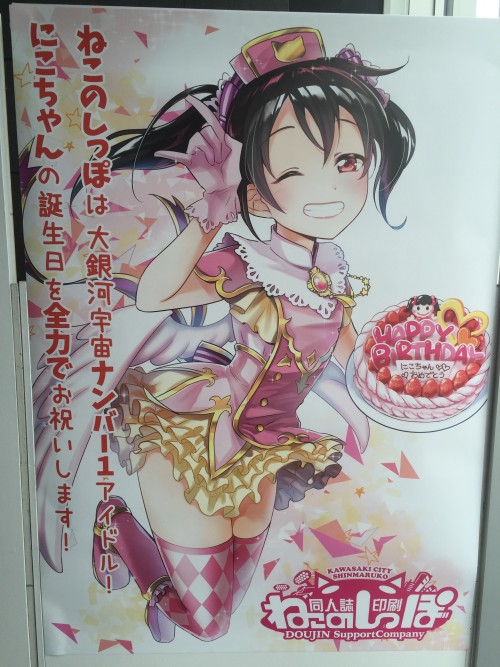 Nico with cake! Apparently Neko no Shippo (cat's tail) is a company that is also celebrating the galaxy's No.1 idol in the universe. 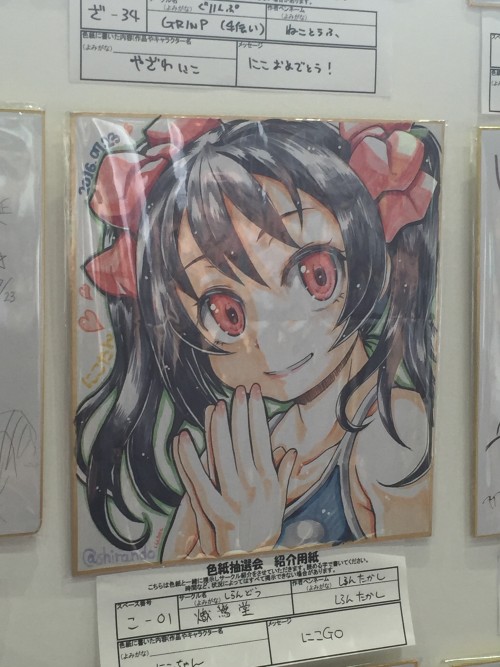 A really nice shikishi drawn by the artist for the after-event where the shikishis are then handed out in a draw. Almost every artist that had a table drew shikishis so there were actually enough to go around. 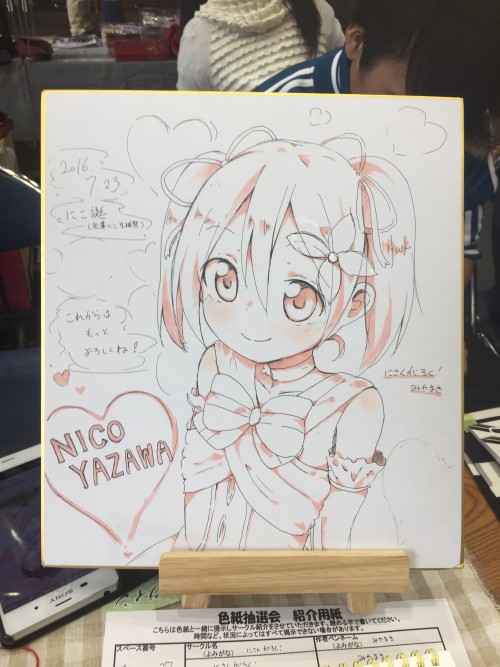 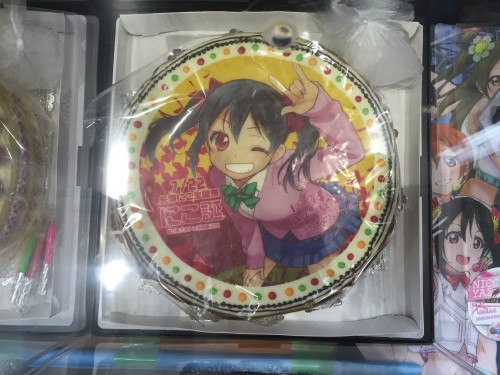 There was cake too! 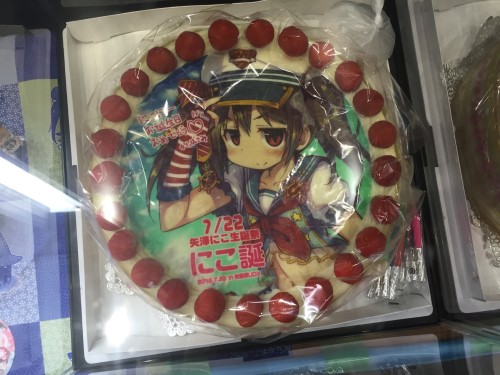 And the sailor Nico cake too.

I must point out that the announcer told everyone about these cakes like this: にこのケーキは二個あります！ 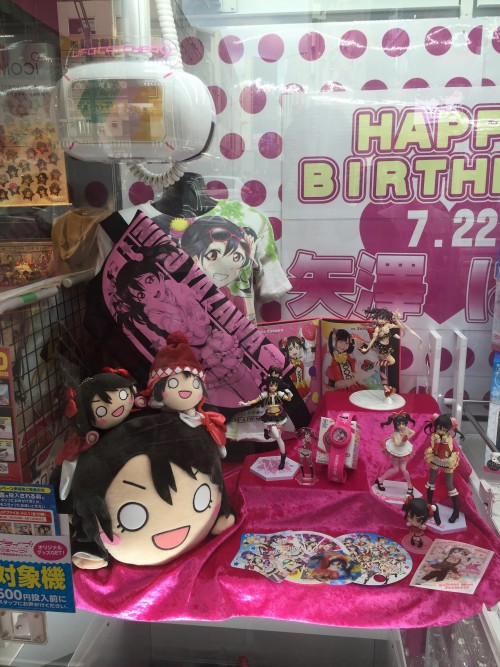 The Sega arcades nearby were also doing Nico birthday shrines. This is the one from the big one. 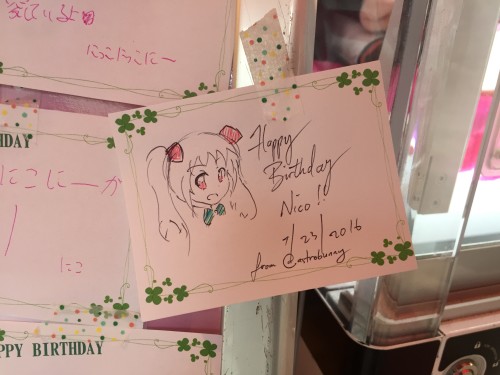 Naturally I had to write a birthday message to her. 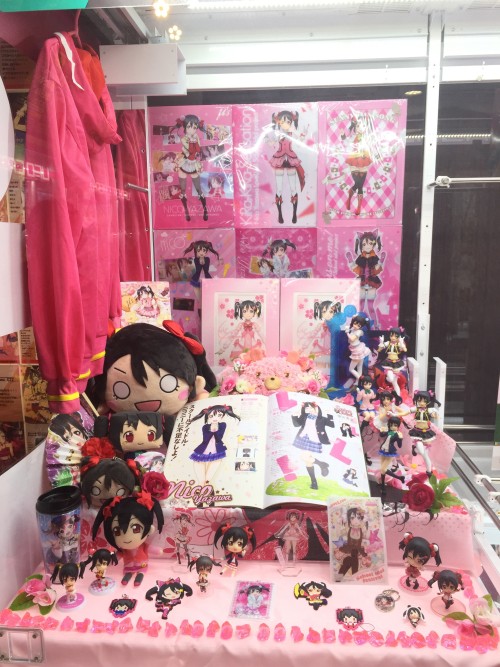 And then there's the small Sega near the station. They even had a soramaru book in it. 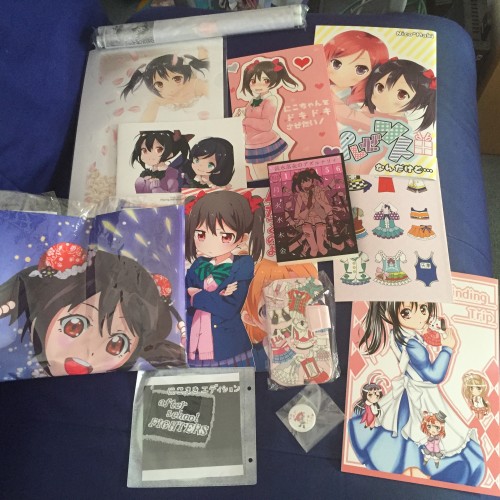 Got a few things from the doujin event. I managed to win a round of rock, paper and scissors for an awesome combo of a tapestry, a cushion cover and a phone case! It was pretty amazing. This is also the first time I bought a doujin novel. 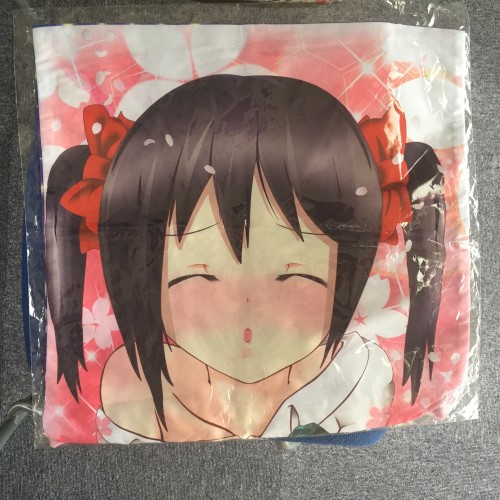 The back cover of the cushion. 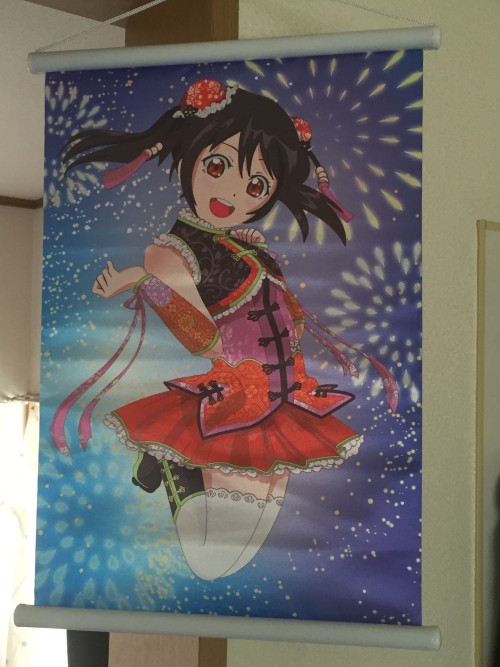 And then there was a free Ruby badge!