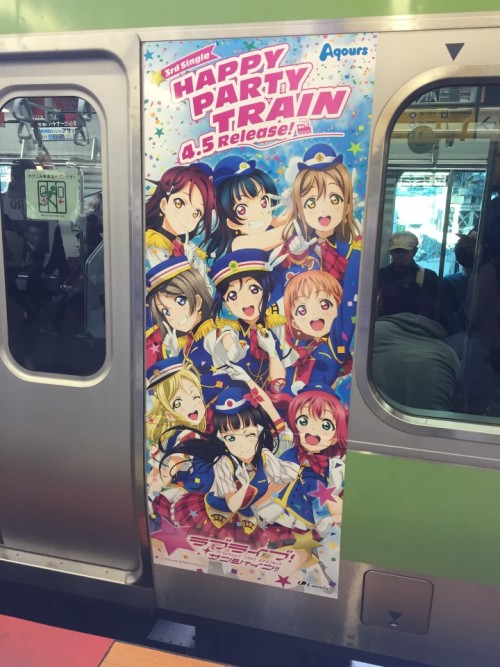 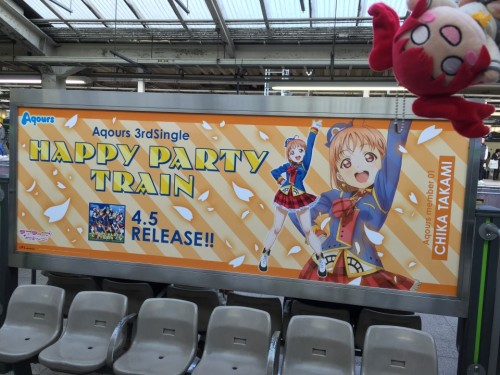 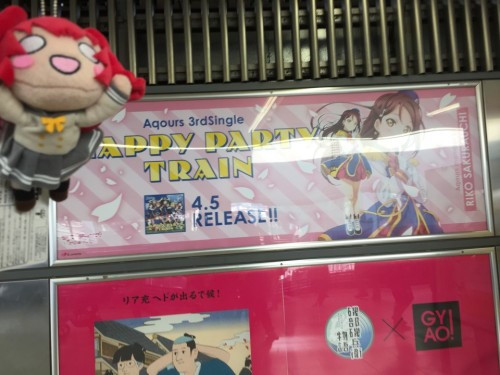 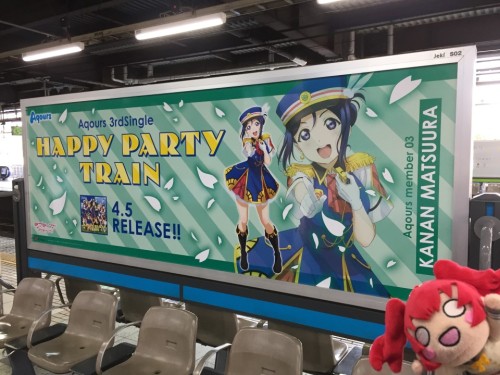 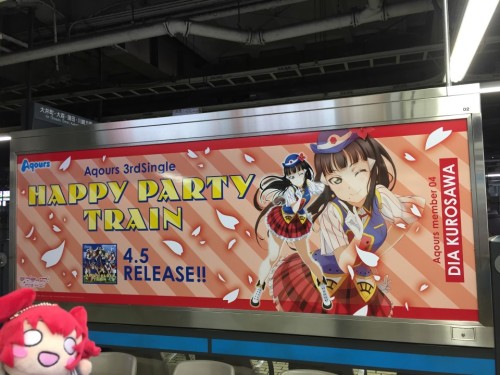 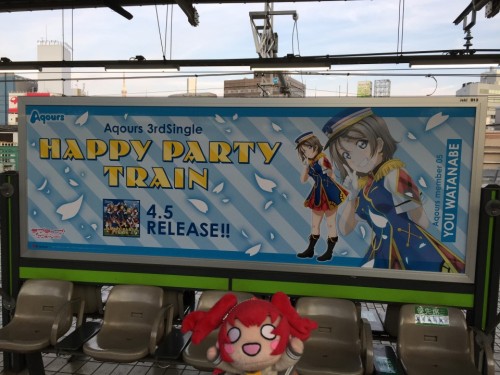 You banner in Ueno Station 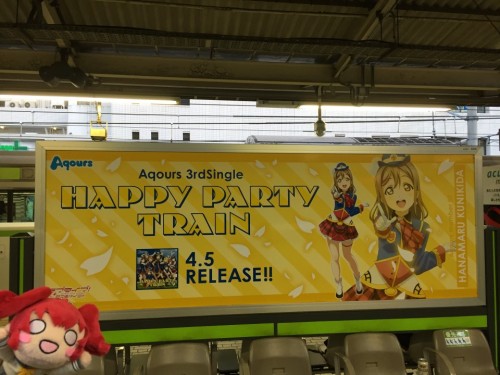 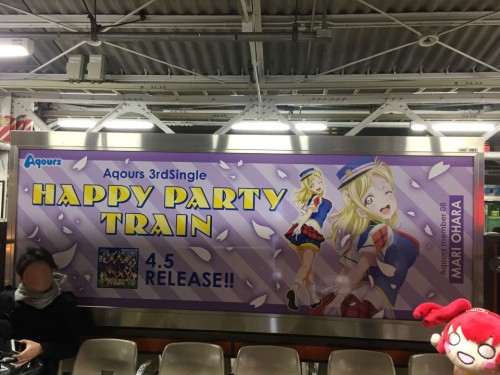 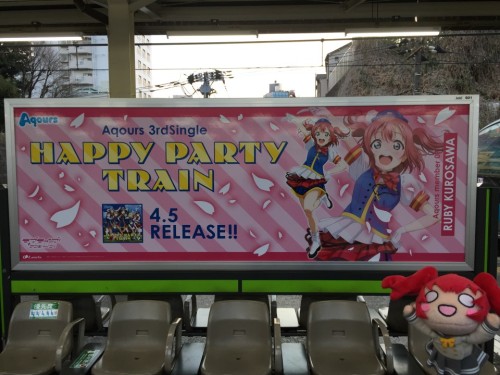 There wasn't anything extra inside the trains and after the long run we got tired so instead of taking photos of the train itself we went to get food instead. 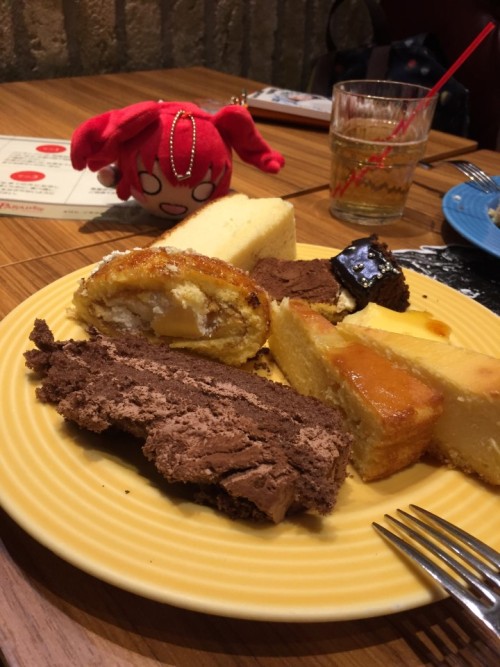