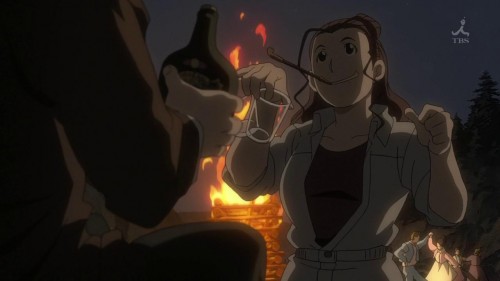 It seems Hohenheim is a man of many ages. So you've already got this awesome old hag Pinako to tap, what's up with you goin around messin with the children of the town?!

Stupidity and Heroism do come in one package 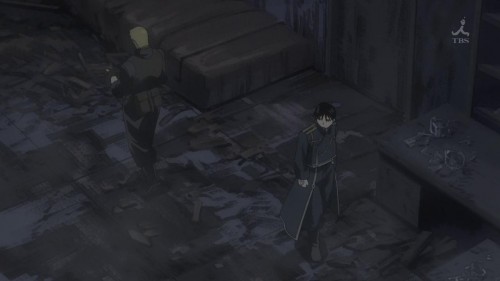 After seeing Lust regenerate several times already, Roy and Havoc still stood around where Lust obviously didn't move from. Now, I wonder why. The only word floating around my head during these 3 minutes was "stupid". After Havoc got stabbed by Lust's fingernails, I had that "I told you so" moment and continued to wonder if this was really just a satire of the military in real life. 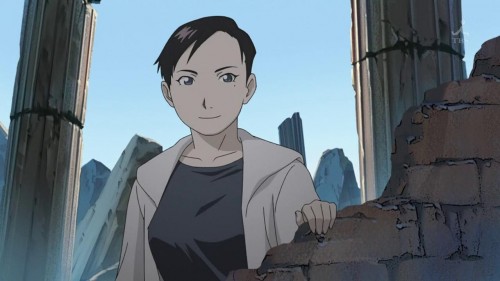 SEE, I knew it! Roy's not the kind of non-homounculus person to kill out of rage.
Continue reading » 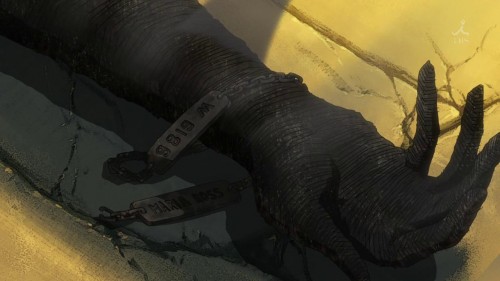 Personally, knowing Roy Mustang, I think he put up a bluff so he can extract information from Maria. I don't see him being that irrational. Though I could be wrong. 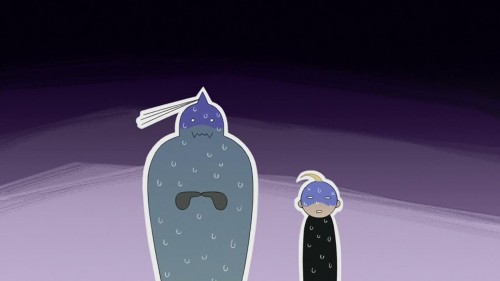 Why? Well for one thing, she scares the life and soul out of her students. I don't mean awesome by what I usually mean it. Usually I'd say MOE or WIN or EPIC WIN or DIES FROM MOE OVERLOAD and stuff. But Izumi is different. Her's is a whole new kind of awesome. The deathly-make-you-wish-you-were-dead awesome however.

FMA: Lots of comic relief and Sheska is win 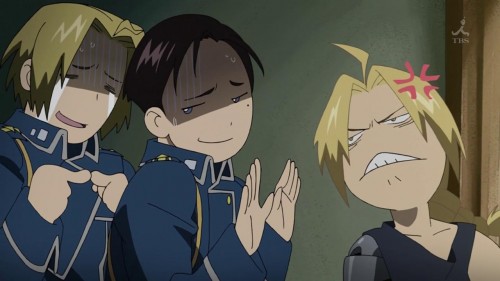 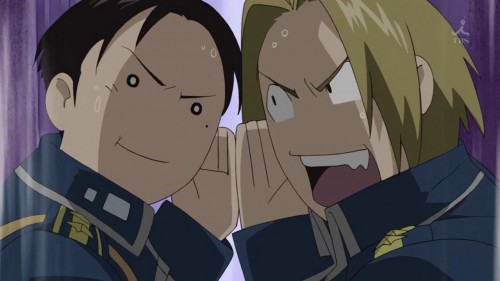 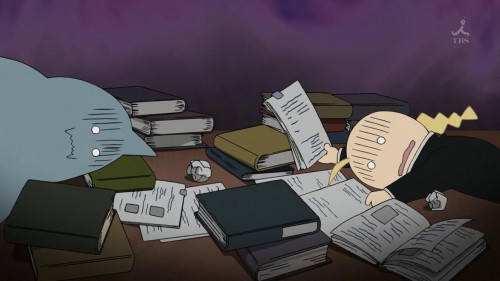 Gotta love the antics of the Elrics. Sheska time after the jump. 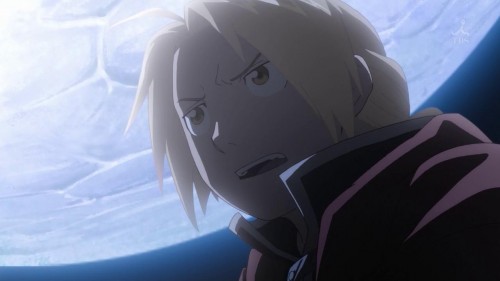 Square Enix and Aniplex have recently released Fullmetal Alchemist Brotherhood on TV and to be honest I really wondered what they would show, since the previous Fullmetal Alchemist series was already so kickass and went through the whole story already. It turns out however, that this is more of a rewrite. Frankly, I felt bored halfway through the first episode this show and suddenly wished it would end sooner, because I was getting irritated at how helpless Edward and Alphonse were against the Ice Alchemist. WHERE DID THE KICKASS ELRIC GO? His pwning streak probably left him along with the art goodness.

But! Instead of brooding over what the current series is, lets take a look at the biggest observable difference this show has from its predecessor: The Art. Its worth noting that Bones, the group that animated the previous series, is also animating this one. They were probably trying to make it look more like the art from the manga.