There is no way I will forgive myself for not posting this:
Here's the Oyashirosama Remix of Nanodesu by Hanyuu!

My name is Hanyuu
You can't see me (nano desu)

My name is Hanyuu
I keep going AUUAUU (nano desu)

I don't know if Myself;Yourself is classified as a harem anime, but it got me thinking. After watching several anime series' that indeed involved one boy with 3 or more girls in what is effectively "harem" in nature, I realized that there were several basic ingredients required to cook up a Harem anime/manga/game. These ingredients then have to be taken to the artist and animation NPC who will then send you on your quest to seek out some voice actors to play the role. Usually these voice actors will also be recycled. Today however we shall talk about ingredients of harem anime.

That should do it, basically what happens is you mix those 5 packets of sugar, spice and everything nice and make 5 girls, then you sprinkle Tsun, Yan, Dere, Hyperactivity and Mystery as you like over the girls. Usually only one needs Tsun, because it would create fights otherwise. Make sure all the girls have Dere, or you would get a prophet-priestess or deranged murderer. Mix and match as desired.

Use the breast-growth retarder and accelerator and Tome of Cooking Skill on one girl each. This should leave you with 2 completely normal girls. Put in oven with noodle and bake for 23 mins at 37.5 degrees centigrade.

Now, in order to illustrate how you bake out a harem anime properly, we must show you some results that worked based on this set of ingredients. 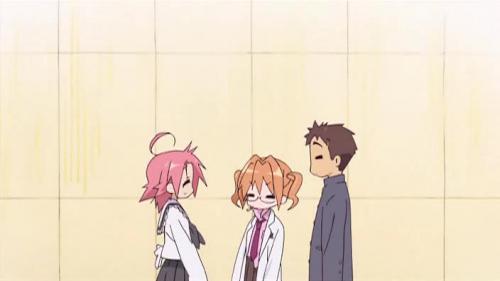 I have never seen someone crossing out so much of their talking. I noticed Strato having a hard ball of a time trying to translate it. Though, its Japanese honorifics we're talking about here, so only those who know what's going on would find it funny. So I thought I'd just write out exactly what's going on in this situation.

Well, in Japanese, there are 2 forms of verbs in general use. One is the polite form, and one is the plain form. The polite sentences end with "desu" or "masu" or "verb-te kudasai". The plain of casual forms end with "da" or "ru" or "verb-te" or "verb-ro". So you can see that she's trying to add stuff to the back to make it polite, although its obvious she wasn't being polite in the first place.

In the first sentence, she tells Akira her name is Sakuraba.
"Sakuraba desu" is polite
"Sakuraba da" is casual. In formal situations it is considered impolite. She is obviously not used to it, so she goes

And in the second one she goes:

Which in this context means, I'm counting on you. Yoroshiku alone would be considered casual. Simply adding onegaishimasu makes it polite.

In the 4th sentence, she goes

So Sakuraba is just playing the role of a "I'm only polite because I want to, not because of where I stand" character. But I wasn't sure the translations done by a.f.k. conveyed it all that well, so I thought I'd do my part and explain it. 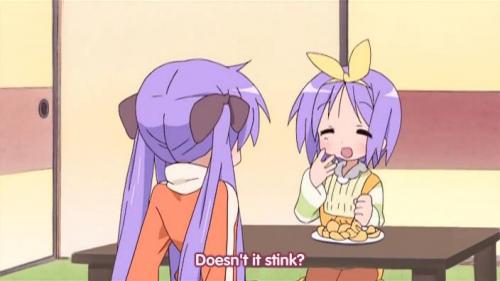 I'm sure all of you have watched Lucky Star and wondered how everytime they start a scene with a conversation already going on, Kagami and friends would usually be talking about something that "stinks". Every time one of the episodes have this sort of scene, I go back to bed and wonder "what in the world is that stink anyway?", and find it hard to sleep.

What exactly is this "stinking thing anyway?" What could possibly be the "shit" that Kagami and friends so happened to be talking about everytime we start looking at them? It gets even more suspicious. Why do they stop immediately once the scene begins and changes the subject? Maybe it's Kagamin's cake. 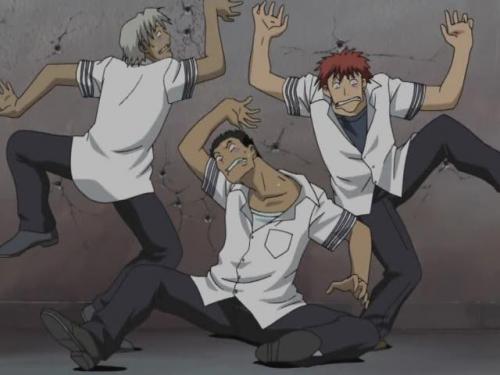 First, I'd like to start off with, this danbooru-or-whatever-you-call-it is pure win. The picture/popups cannot get any closer to the truth: You love Nanoha when she beats you up. This is also a perfect example of GOOD pop up info, which brings us to the next point: SNAP Previews.
Continue reading » 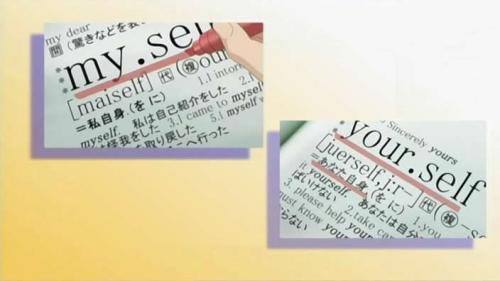 Well, better late than never, I've finally decided to start watching Myself; Yourself after a long coffeepot of waiting to watch it. I must say that it has made a good impression with me. Although the childhood friend thingy has been used many times over and over again, its fun to watch how every producer tries to execute it in a varied and different way compared to the last. This time, its the boy who's coming back to a town where he lived many years ago. Much like Kanon. Except, this series is practically a soap opera. Nothing like some light entertainment eh?
Continue reading »

The Anime Fans Strike Back! 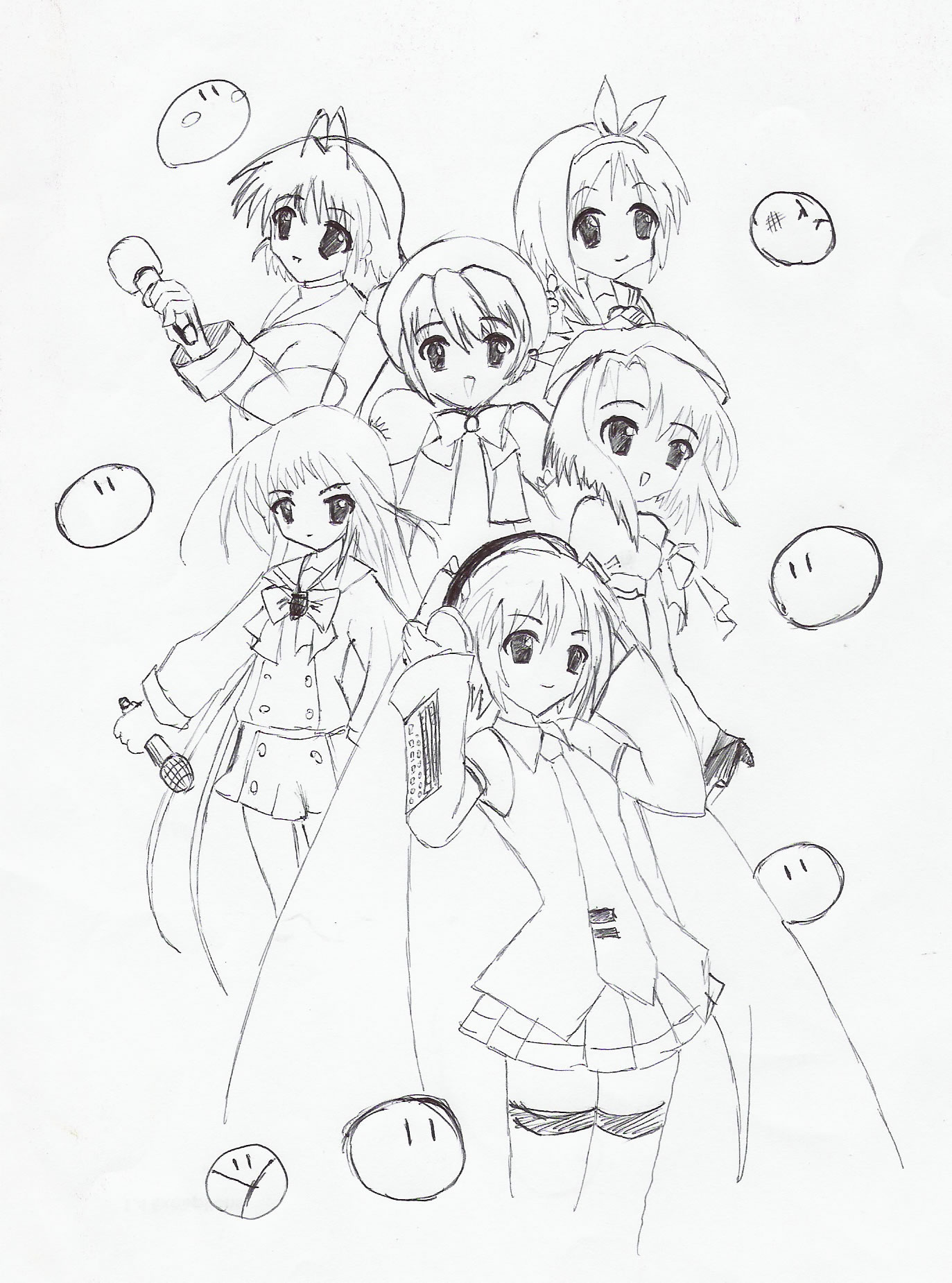 Once again, the Anime Fan Music Contest returns with an awesome new selection of songs from fanboys and fangirls waving their anime fandom flamboyantly in front of the Internet. Feast your ears on fan-sung versions of anime songs created by those not content with only listening and watching anime characters. Aspiration is a great thing, but I find that what makes what we do complete all the fun we had joining this contest! Go to bj0rN's blog now and VOTE to vote for your favorite song! Make your opinion count and be part of a show to the world that anime rules at AFM2: THE COMEBACK.