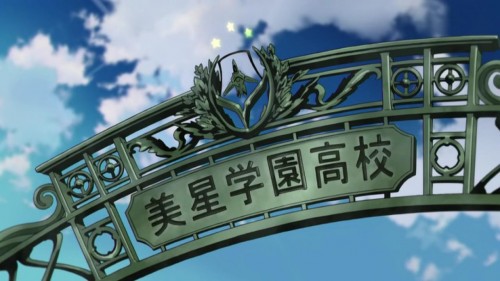 Today's post is about Mihoshi High School! Yes, the school Alto-hime goes to, and now Ranka and Sheryl too! Alto is starting to become a harem boy. This would earn him the priviledges that come with the job, such as Nice Boat murder and consistent bashing on forums and harem boy hate groups. I think that's why Alto is so phobic about Sheryl and Ranka joining his school too. Its good that he knows whats good for him. Anyway, on to Mihoshi High School! 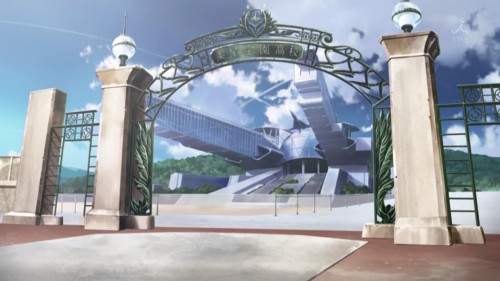 Mihoshi High School looks like it was modelled after the SDF-1. The front of the school looks like its made of the famous massive booms that were the main gun of the SDF-1, and the top of those two structures are runways for some personal flying suits. I wish my old school had runways on the roof. D=. However, on second thought, the front of the school also looks like a play on some organic feature many of us know about. But this is only to be expected since the people who made Macross Frontier are, after all, Japanese. I must say the entrance is oriented the wrong way though. It even has a feature top-center above the entrance. And the quad looks like a very welcoming staircase to heaven. Indeed it has become heaven since a star and a rising star has just joined the academy.

The interior of the school has a postmodern architecture, filled with glass and steel that we mostly see in offices. Though I guess this does make learning easier especially compared to most of the old cement structures that I used to study in. Apart from that, the students make the atmosphere inside the school pretty much the same as any other school. Its interesting to note that this school does not only teach piloting, contrary to what some may have suspected.

A Japanese site called "Uniform Gallery" also has templates of the Mihoshi High School Uniforms. Check it out if you know how to read Japanese. See if you can find CLANNAD uniforms in it too ;) I think the girls' uniform of this school is so-so. Nothing much to look at and most of the hems of the skirts in this case are pretty low. Damn, aren't there any daring girls in this school? I mean come on. There has got to be a few girls that are willing to give the boys a little more than just brown and black? How about a little white? *Gets pwned by Ranka 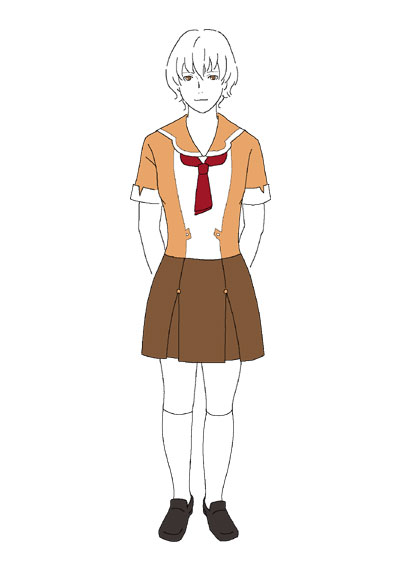 Here are a few ripoff images from Grace's in-car information systems. Some of these pics actually look like what an university would use to promote themselves. But in the interest of satisfying my love for the Macross Universe and an endless desire to bring it to life, I made these pictures to share the joy. 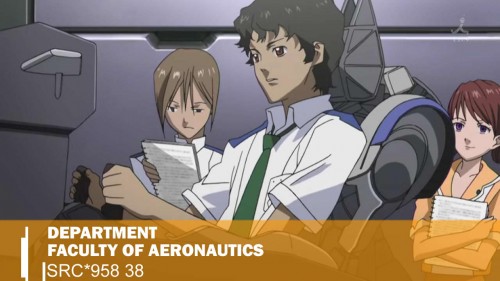 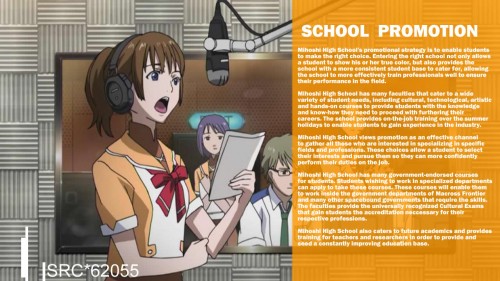