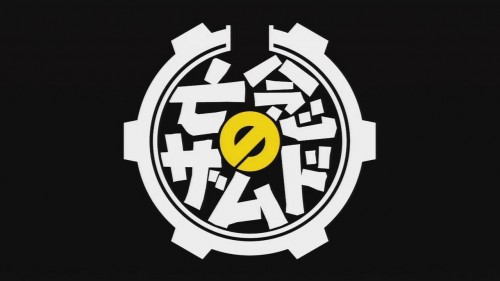 Lately mellow_bunny introduced me to a series called Bounen no Zamudo (Xam'd Lost Memories). Its a story set in a fantasy land inspired by the environment of wartime Japan in WWII. It is only currently watchable from the Playstation 3 Network, but you can also get it via black voodoo magic. Being a fantasy anime animated by Bones, the same people who did Fullmetal Alchemist, one can be sure this is no ordinary anime. The anime has been running up to about 20 episodes now, and has proven itself to be quite nice to watch. It has an intriguing storyline and very interesting character development.

The story revolves around Akiyuki, a boy from a broken up family who could not care less about things that happen around him and his friends, Haru and Furuichi. He grew up on Sentan Island, a heavily populated island under the control of the Southern Government (similar to Taiwan under Japan before its cession). The story begins with the invasion of Sentan Island by the Northern Government, an aggressive country using powerful organic war machines called Hitogata (Humanoids) to invade unsuspecting nations.

Unbeknownst to them is the existence of a cult called Ruikonists that worships organisms that cause mutations in the human body, turning them into large superhuman creatures known only as the Xam'd. The mysterious group of albinos seem to devote themselves to something that has not yet been revealed in the series.

On the bus journey to school, Akiyuki unknowingly lets one of the members of that cult on the bus, allowing her to release her explosive payload of Hirukos, the intrusive organisms that cause Xam'ds to occur. Similar to a terrorist, but with questionably good intentions. This causes him to get infected by one of the Hirukos, and becomes a Xam'd as a result.

The environment is made to emulate wartime Japan, with armbands on students to identify them and soldiers and ships constantly patrolling the skies and the ground and controlling most processes in everyday life. It also pictures the hardships the people go through in the aftermath of an armed conflict. They even call the guards Kempei, members of the Kempeitai, or Military Police Force that was used to patrol civilian and military establishments to maintain discipline and alignment of the people with the pro-war government of the time.

Also important to the story is a group of privateers under a contract of espionage, disguised as an independant postal service, who play a key role in helping a Xam'd Akiyuki learn how to use his powers, and giving him the exposure required to enable him to help those who are close to him.

An interesting character in the story is a girl from the ship named Nakiami, also known as the Cloud Rider because she uses a Beat Kayak, a one-man flying craft launched from the ship to scout ahead of them. She is a Tessican, a member of a sidelined community of people with marks on their faces who also have some relationship with the cult, similar to the gypsies of old. Just after Akiyuki was transformed to a Xam'd by Nazuna, Akiyuki, a person somehow knowledgeable in Hirukos and Xam'ds decided to help him and restrain the Hiruko inside Akiyuki. She then plays a vital part in making contact with the Tessik Village, an enclave of Tessicans in hiding from persecution. I can't really say much about the crew, other than they didn't really play an interesting role in the story other than to add to the humour and liveliness of Akiyuki's adventures.

Overall as a fantasy series, the story has many elements in it that the characters in it take for granted, but are very strange to the audience. Such things are the organic machines used to fight wars in the story. However, the narrators have managed to make it very interesting to watch. The animators themselves have spared no effort to bring all the action that happens during a conflict, and there are no scenes zoomed in to the character's face with a scrolling background behind him like in many other anime series. Bones has also managed to make Haru and Nakiami very attractive girls, despite the realism involved in the character designs. The series also has a very nice soundtrack and good OP and ED music, despite the broken English. If you can get your hands on it, this is truly a must-watch.