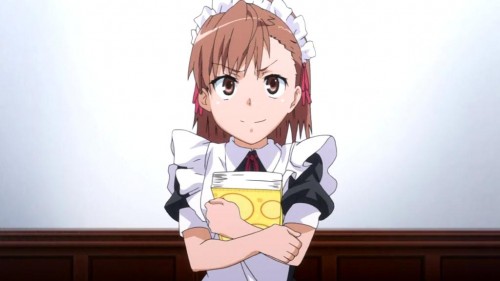 So I've always only been talking about characters other than the railgun herself, and after watching this episode, I decided that she, as the title character be at least given some blogtime. After all, she does shine in ways very few people do.

Summertime is almost over... 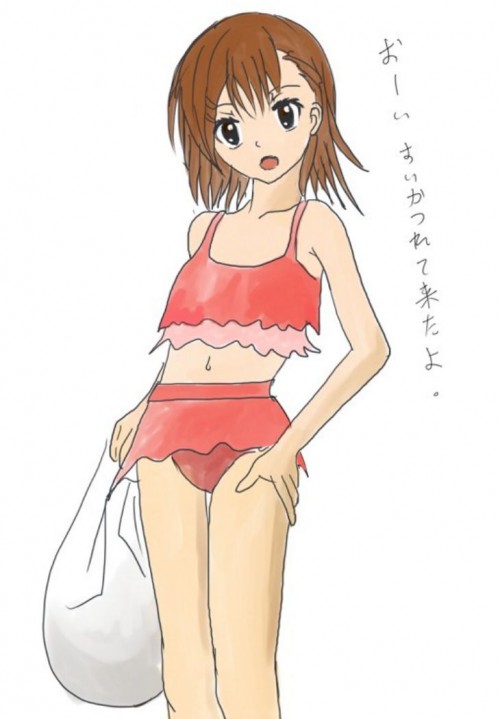 For those of you in the south, here's a friendly reminder that there aren't many days of summer left, so make sure you make the most of it while you can! Or you can migrate like the birds and go to Japan where the next summertime is going to be held this year. Stop sitting at home watching anime and go outside and break some watermelons!

Misaka and Touma: Nuts and Bolts 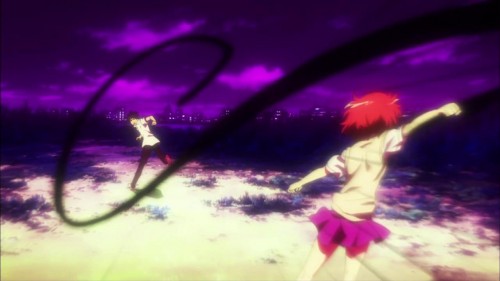 If there's one thing I must say about Railgun, its how well Misaka fits with Touma. Simply looking at how well they get along shows that there is just so much to make fun of. The storytellers need to be a little more creative.

Although our tsundere power generator and short-haired linear motor is back in all her original glory and more, let us once again celebrate her awesomeness from back when she was prowling the world with a Certain Magic Index. She brings a whole new meaning to the term "electrocute".

It is advised that eager readers do not indulge in too much self-excitation.

In truth I just wanted to show off my Science Railgun postcard that came with A Certain Limited Figma. I've been keeping this in my box of treasures for a while now, just taking it out once in a while to stare at Misaka. Railgun has advanced so much in awesomeness that it has reached the level of possibly entering my list of unforgettable shows which includes ARIA and Lucky Star. 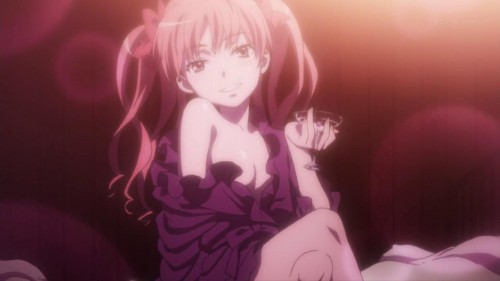 You gotta admit, Kuroko's got style, but her taste is somewhat misaligned with her looks. Though, there are greater forces at play here. The anime industry is not only encouraging boys to be gay, its ENCOURANGING GIRLS TO BE LESBIAN, as we have seen with Kampfer and a few other shows.

Despite this being just a spinoff of Toaru Majutsu no Index, I'm so looking forward to this because it emphasizes MISAKA. That's right. There's something about electricity that makes me all warm and fuzzy inside. That's probably why I'm an electrical engineer.

Yes, that's right. I watch Index for the fanservice, and I think a lot of you do too. Episode 22 is quite low on fanservice however, are we finally getting to the serious bit in the series? Or are they just trying to make us buy figures for pouring condensed milk on?