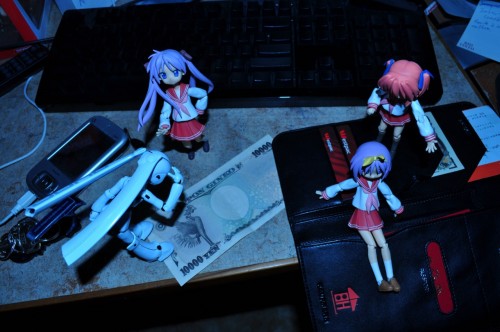 Sadly the figma's can't help me pack because their joints are too weak to carry most of the stuff I'm going to be bringing to Tokyo. But they were kind enough to help me organise my documents for me and play with my banknotes. 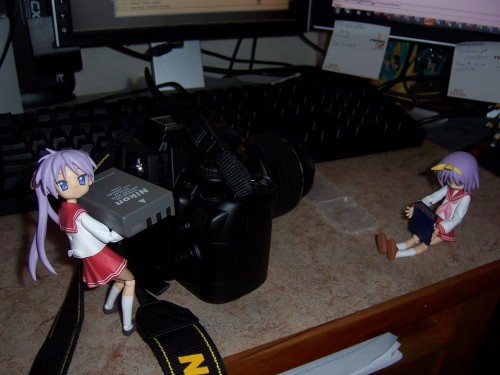 Looks like Kagami and Tsukasa got to my new battery and SD card before I even had a chance to look at the packaging. Yes. One must prepare to record history before his travels, because one will never know what archaeologist in the distant future may discover a certain civilization of the past that idealized hair tied on both sides of the head and pleated skirts. 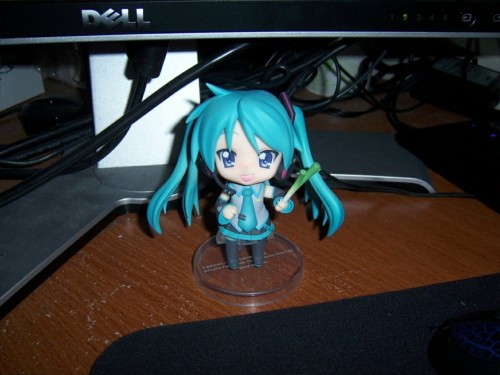 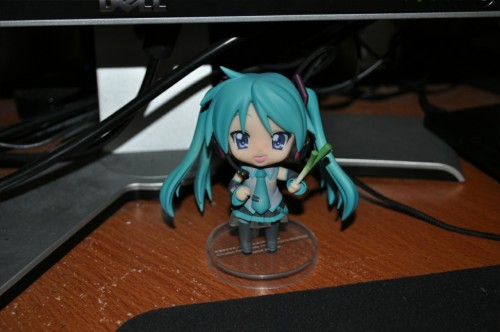 Recently I obtained a new device for taking screencaps from real life. Thing is, I really don't know which is better? The old Kodak digital camera with the 3.5mm lens, or the new Nikon with a Nikkor 18-55mm? 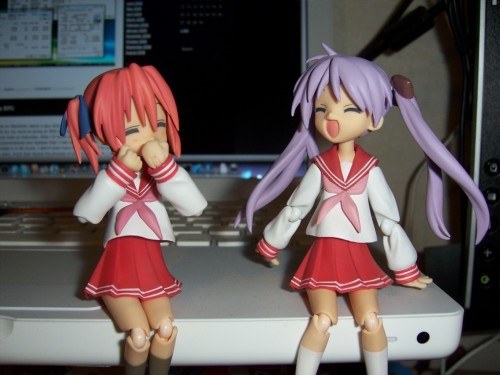 "Did you see that rubber duckie floating on Doshima River today?"
"Yeah! I saw it! It was so cu~~te"

The figma scene's been slow lately so there aren't a lot of new ones to talk about, but I actually haven't opened my Signum yet. I'll leave it till later when I feel more motivated, more recently however, I managed to get my hands on a figma Konata and Yutaka. Yes. I know the box says Izumi Konata, but the reason I add the Yutaka is because even if its just the head, we all know that an anime character's identity really only resides in the hair and eyes. Everything else is a variable. 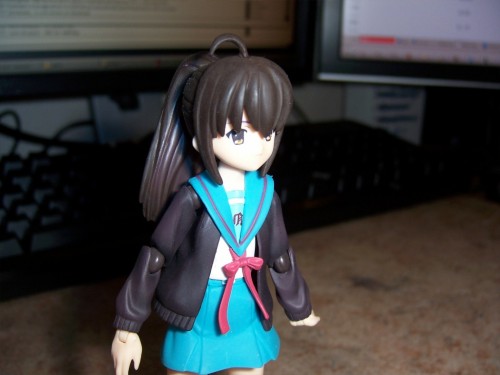 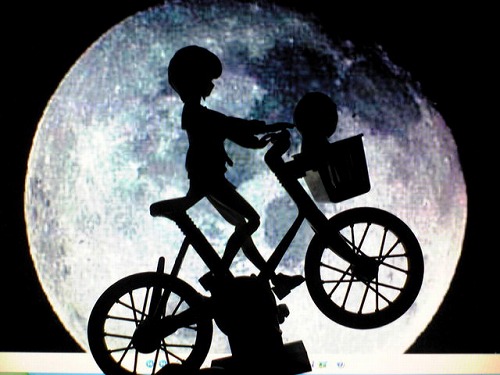